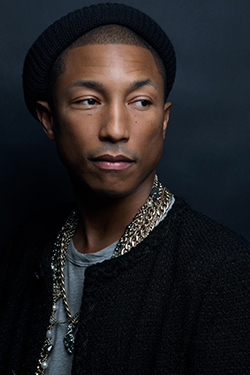 In this film Pharrell Williams discovers an empty concert hall that becomes a veritable playground for the singer. He slides over crates of material scattered here and there and plays the tightrope walker along a metal beam, CHANEL’s GABRIELLE bag slung over his shoulder.

“My character in the movie is a guy that's probably...really into Chanel, a lot like I am right now.  And a lot like myself, he probably just didn't want to take the bag off.” revealed the American star at the end of the shoot.