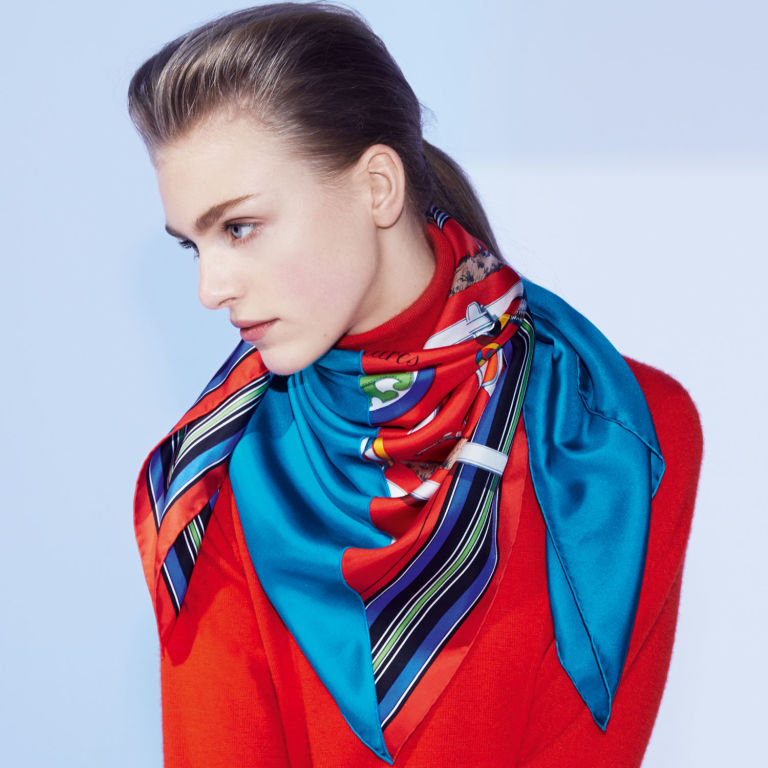 According the ULTIMATE SCARF TYING GUIDE the world's most popular illustrated guide to various techniques for beautiful scarf tying styles there are more than 40 styles.

We choose the 4 most popular for spring to introduce you for silk scarves : 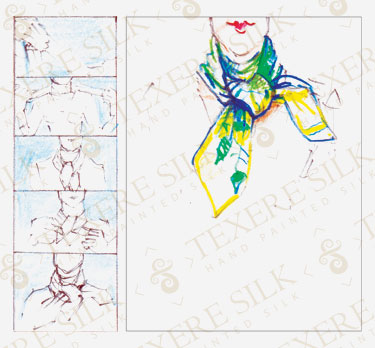 This chic and Parisien elegant knot can be worn with almost any top. If the top is a collared shirt , the knot place is towards the middle instead of to the side. Tip :keep the twist loose.

Center the scarf in front of your neck. Wrap around, crossing ends behind neck and pull forward.

Twist scarf jauntily to one side of neck so that the knot is off-center. 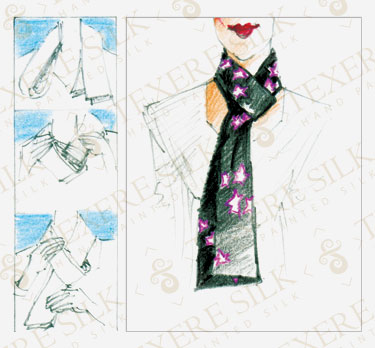 Sophisticated yet effortless, this style is also called Casual Sleek. Works well on casual as well as work attire.

Use an oblong scarf or fold a large square scarf into a bias band fold; then fold it again to form a sort of hoop.

Let the scarf dangle around your neck with the hoop on one side of the shoulder.

Take the other two ends and pass them through the hoop to make the European Loop.

Tighten the loop to get the complete effect.

This is a relatively informal but stylish wayto cover the head, named so because it creates a fabric crown over the head. An oblong scarf is needed for this wrap style.

Drape the rectangular scarf over the head off-centered so that one end hangs much farther down the body than the other.

Gather the ends of the scarf at the nape of the neck and cross them behind the head.

Form a "rope" by twisting the longer end; then lay along the front edge of the scarf over the top of the head, approximately 1-2 inches from the edge.

Continue the twist around to meet the other, shorter, end of the scarf and knot the two ends together.

The ends can be left loose to drape over or behind the shoulder, or may be guided along the back of the head and tucked under the scarf. 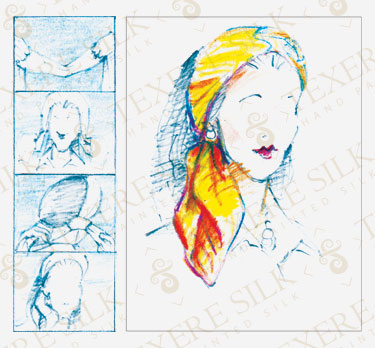 This head wrap works well as a headband, and is an elegant way to accent your beautiful hair.

Begin with a bias band fold on a square scarf.

Grasp both ends firmly and place the folded crease on top of head so that the fold falls near the hairline.

Bring both ends together underneath hair. Tie a single knot, making sure the scarf is taut and wrapped securely around head.

Tie into a second knot at the nape of neck and allow loose scarf ends to drape over one shoulder.

All the previous scarf tying styles and steps to create them and much more , over 40 different , are available in ULTIMATE SCARF TYING GUIDE 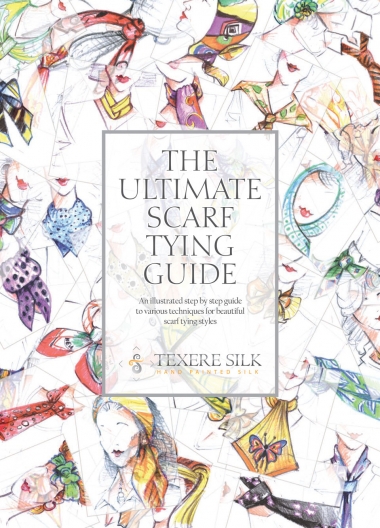 Make your efforts and create your new luxury spring look , just with a new silk sacrf .

Preowned Hermes,Chanel and other luxury or hand made artisan touch scarves are for sale on the MyGoodCloset website for less.